Vicki Hendricks and Top Suspense are profiled in this Sun-Sentinel article.
Posted by Dave Zeltserman at 4:01 PM No comments: 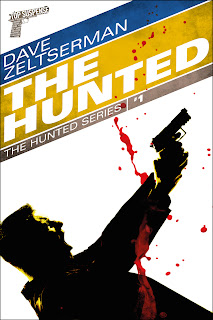 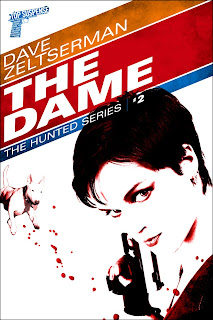 The Hunted and The Dame are the first two ebooks in what I hope readers will find an exciting new novella series from me that mixes hardboiled crime with government conspiracy. Each of these are going to be between 85-110 pages long, which I think is the perfect length for Kindle reading.

The Richard Stark/Parker influence in these will be evident from the sparse prose, the crime heist in The Dame (and heists in future novellas), and the name of my anti-hero, Dan Willis (Parker's cover identity in the early books was Chuck Willis), and while I think Parker fans are going to enjoy these they're still very different. The government conspiracy running through these books will make them very different.

Early word on The Hunted:

"Dave Zeltserman has established himself as one of the most satisfying and versatile thriller writers to come along in years. THE HUNTED is about an out-of-work guy who has certain skills that interest The Factory, a group with a strong interest in the security of the USA. Willis becomes a hit man who believes his job is wiping out the country's enemies. But then he begins to wonder just exactly what's going on. What happens then results in a swiftly paced story that rewards with tension, suspense, and surprise." Bill Crider, author of the Sheriff Dan Rhodes series

"Stark meets Ludlum meets Forsyth in this tight and tricky opener to a new novella series from the always-innovative Dave Zeltserman. The set-up is all too contemporary (unemployment, economic woes, rogue capitalists) but the spare prose and rollercoaster pace hark back to the glory days of Gold Medal Books: the paperback originals that changed 20th century publishing, just as e-originals like Zeltserman's Dan Willis series are changing the game today." Roger Smith, author of Dust Devils and Wake Up Dead

"This dark tour-de-force of non-stop action and tension is a brand new episodic series that introduces us to Dan Willis, ex-military man, crack shot, and unemployed liquor salesman recruited by the `The Factory' to weed out terrorist insurgents operating like everyday people on the homeland front line. But what Willis doesn't realize until too late is that he's entered into a government plot of deception and outright murder. In a word, Willis can trust no one. From the mind of a hard-boiled noir master, The Hunted will not only place Zeltserman at the top of his game, but it just might put him over the edge." Vincent Zandri, author of The Remains and The Innocent
Posted by Dave Zeltserman at 11:30 AM 1 comment: