The Caretaker of Lorne Field now in paperback! 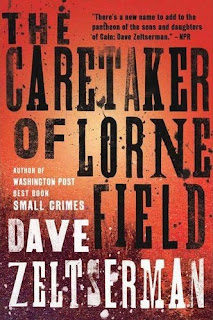 The Caretaker of Lore Field was short listed by the American Library Association as one of the best horror novels of 2010 and was a Black Quill nominee for best dark genre book of the year. The book has garnered 1000s of devoted fans and received dozens of rave reviews, including a starred review from Publisher's Weekly calling it a "Superb mix of humor and horror" and Newsday calling it a "Delicious horror-ish novel". Now that it's in paperback, Aukowies have never been cheaper or more plentiful. If you haven't already, isn't it about time that you discover this modern horror masterpiece for yourself?
Posted by Dave Zeltserman at 11:43 AM