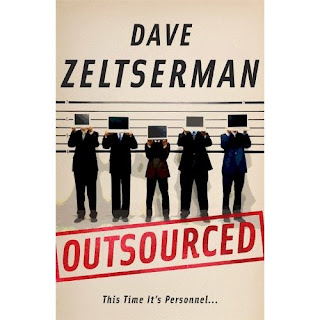 The book’s another feather in the noirish cap of Zeltserman, though it was actually written in 2004 before “Pariah’’ and “Killer,’’ two volumes of his excellent ex-con trilogy (third being “Small Crimes’’), and the even better supernaturally tinged “The Caretaker of Lorne Field.’’

And here again, Zeltserman manages to tell a riveting story in the straightforward, personality-driven manner at which he’s so accomplished. There’s no purple in his prose even though he obviously has learned lessons of the genre from masters like Jim Thompson. His characters aren’t as hard-bitten, which perhaps is why it’s easier to identify with them.

You can outsource software engineering, but so far at least you can’t outsource crime writing as good as Zeltserman’s.

The review can be found here.
Posted by Dave Zeltserman at 9:52 AM