Amanda for All Seasons 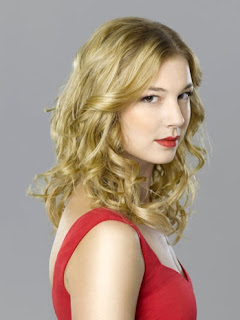 I can remember watching the 6-hour Gerard Depardieu version of THE COUNT OF MONTE CRISTO over four nights, and finding some useful lessons there. The special power of the story lies in the way that Edmond Dantes remakes himself as a machine for vengeance and then reappears to engage with his enemies, none of whom shares the audience's knowledge of who he really is. And I was reminded of it last night while catching up with an episode of REVENGE, ABC's modern reworking of the same material.

It's an enormous story hook and it never fails – it was also the structural model for one of the best science fiction novels I ever read, Alfred Bester's THE STARS MY DESTINATION. Put a mask on Dantes, and he's Batman. Flip it around to the enemies' point of view and it's Friedrich Durrenmatt's THE VISIT. It's all about vengeance as a whole-life strategy, and the effect of its complex pressures and conflicts on the avenger. You wouldn't want to be the Count of Monte Cristo, Dantes tells one of his confidantes – he's a cold-hearted bastard who knows no happiness. I'd much rather be Edmond Dantes again, but they took that away.

In the 2002 Kevin Reynolds movie (which I liked a lot, by the way), the final answer to it all is a Hollywood sword fight. Good guy fights better than bad guy. But in this more resonant version he has a more subtle and complex revenge. He shames one enemy and drives him to suicide, puts another one into a personal hell by making him face the truth behind his family values, and finally finds his way back to being Edmond Dantes again by showing mercy to the last (albeit after ruining him financially).

The Depardieu version is far from perfect. The first time we see Dantes, it's as a prisoner of eighteen years' standing. He kicks away the thin gruel he's given and insists that he doesn't want food, he wants to die. But Depardieu looks more like a man who's eaten all his cellmates. Nose-and-wig disguises and melodramatic subterfuges that may work on the page don't work on the screen. And Dantes' ultimate reconciliation with his old love doesn't ring true and is, apparently, a significant divergence from the book.

But it felt like six hours well spent. THE COUNT OF MONTE CRISTO is more than a story, it's a classic form; an emotional setup that's available to all without fear of plagiarism. The story is what any writer can rise to make of the idea. MONTE CRISTO may be the material's most famous iteration but the underlying form wasn't even original to Dumas; remember how Odysseus returned to Ithaca in disguise, moving among the suitors who'd taken his home and were squandering his fortune?

And Odysseus wasn't the only returning avenger to have his disguise seen through by his dog. Will REVENGE's Emily Thorne lose sight of her own humanity, or will she find her way back to being Amanda Clarke again? There's no question that she'll trash her enemies along the way, because that's what we're here to enjoy.

The classics will always be, as Henry Fuseli once said of William Blake, "damned good to steal from".
Posted by Stephen Gallagher at 2:22 AM