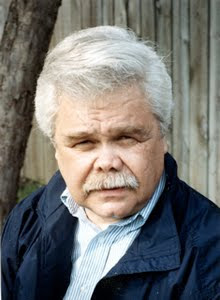 Ed Gorman is an award winning American author best known for his crime and mystery fiction. He wrote The Poker Club which is now a film of the same name directed by Tim McCann.

He has contributed to many magazines and other publications including Xero, Black Lizard, Cemetery Dance, the anthology Tales of Zorro, and many more.

Visit his blog at newimprovedgorman.blogspot.com

Ed: Writing fiction is all I ever wanted to do. I read Ray Bradbury in fourth grade and was hooked. I didn't quite understand everything in the stories but I got enough from them to realize that I wanted to do what Bradbury was doing.

Ed: Character and story come first. And style should serve story not the other way around. I appreciate stylish writing when it is used to embellish a strong story. People such as Megan Abbott and Jason Starr are good examples of melding style and story.

Ed: I see myself as the much less talented grandson of the writers I grew admiring. The list is too long to go into but would include everybody from F. Scott Fitzgerald to Mickey Spillane to Ray Bradbury to John O'Hara.

Ed: I don't know that I have muses per se. I have friends who can sit down and come up with half dozen good ideas in less than an hour. I really have to work at ideas. I get flashes and get excited but all too often they don't lead anywhere.

Ed: I was nineteen and sold to a bottom-dwelling men's magazine.

Ed: I'd have to say it's when I got the call from St. Martin's telling me that they'd bought my first novel. All the years of pounding out stories for very minor literary magazines and some low-ball men's magazines and suddenly I was accepted by a large NY house. My wife and I celebrated the entire weekend.
Posted by Dave Zeltserman at 8:17 AM