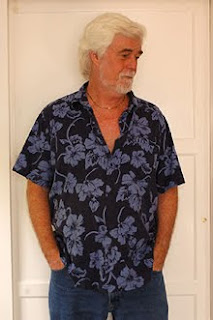 Publishers Weekly has said of HARRY SHANNON "impeccable pacing and an eye for the terrifying will leave the reader shaken and unsettled." He has been an actor, a singer, an Emmy-nominated songwriter, a recording artist in Europe, a music publisher, a VP of Carolco Pictures (“Terminator 2,” “Total Recall,” “Rambo 3”), and worked as a freelance Music Supervisor on films such as “Basic Instinct” and “Universal Soldier.” Harry holds an MA in Psychology and is currently a counselor in private practice. Although primarily a novelist, Shannon has sold stories to a number of genre magazines including “Cemetery Dance,” “Horror Garage,” “City Slab,” “Crime Spree” and “Gothic.net.” He contributed a 25,000 word mystery/horror novella to a Cemetery Dance limited-edition collection called “Brimstone Turnpike,” as well as short fiction to several anthologies including the highly praised “Dark Delicacies II,” “Tales from the Gorezone,” “Small Bites,” “The Fear Within,” “A Dark and Deadly Valley,” “Holy Horrors,” and “On Deadly Ground” — a collection of western noir edited by veteran author Ed Gorman.

Shannon’s first signed limited edition short story collection “BAD SEED” debuted in June of 2001. His debut horror novel “NIGHT OF THE BEAST”—the first in a pulp trilogy set in northeastern Nevada—was released in 2002. The acclaimed “NIGHT OF THE WEREWOLF” won the small-press Tombstone Award for Best Novel of 2003. The final book, a 2005 Delirium Books limited edition of “NIGHT OF THE DAEMON,” sold out in pre-order. These ‘Night” books are currently out of print in the US, but the third, under the title “Daemon,” was released by Delirium Books in 2008.

Harry Shannon’s first noir effort, “MEMORIAL DAY (A Mick Callahan Novel),” takes place in fictional Dry Wells, Nevada. It was a hardcover release from Five Star First Edition Mysteries in May of 2004. New Mystery Reader called it “brilliant,” also “wry, bittersweet and altogether touching,” Library Journal praised it as “memorable,” and Booklist said of amateur sleuth Mick Callahan “Let’s hope he’s around for a long run.” The sequel, “EYE OF THE BURNING MAN” came out in November, 2005 and was also well-reviewed. A third Mick Callahan novel “ONE OF THE WICKED” was released November, 2008. His new novella "PAIN" was released in 2010.

Shannon’s solo thriller “THE PRESSURE OF DARKNESS” was released in November of 2006. His second collection of short fiction "A HOST OF SHADOWS" was released by Dark Regions Press in August of 2010.

Harry scripted the horror film “DEAD AND GONE” for darkhaze.net fetish photographer/director Yossi Sasson, and played a bit part as the Sheriff. The film was released on DVD via Lions Gate in July of 2008. Shannon’s novel version of “DEAD AND GONE” was published in August, 2008.

Harry: Are we born this way? I don't remember not wanting to write. I used to make my own comic books, and completed my first short story at eleven. My first career was in music, so I gradually drifted into writing song lyrics, and that distracted me from novels for many, many years. But I read constantly, and always dreamed of giving it a good shot, and finally at fifty I published "Memorial Day."

Harry: I'm a scattered person, always doing several things at once, so I don't write with much constancy or discipline, or even stay in one genre. When I do fall in love with a story, I get obsessed with it, and write in long bursts, generally from before dawn until lunch time. The first draft is always a horrendous struggle, but rewriting is something I can do in bits and pieces, a return to the normal scattershot approach to life.

Harry: The newspaper. Other novels I've loved, especially dark thrillers. The conflicts between people I know and work with. Somehow some macrocosmic concept like a killer virus connects to dark fiction, and the dilemma a client who is struggling with the loss of his spouse, and the result is a novel like "The Pressure of Darkness."

Harry: In prose? $10.00 for a short story. I remember the online zine was called Twilight Tales, but the name of the story has slipped my mind. It was about eleven years ago, give or take.

Harry: Opening that first box of hard cover books. A novel of mine, with all those copies in print. To this day, there is no feeling quite like it.
Posted by Dave Zeltserman at 7:39 AM