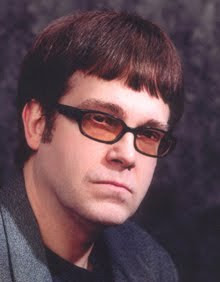 His graphic novel Road to Perdition (1998) is the basis of the Academy Award-winning 2002 film starring Tom Hanks. It was followed by two acclaimed prose sequels, Road to Purgatory (2004) and Road to Paradise (2005), with a graphic novel sequel, Return to Perdition, forthcoming. He has written a number of suspense series, including Quarry, Nolan, Mallory, and Eliot Ness. He is also completing a number of "Mike Hammer" novels begun by the late Mickey Spillane, and collaborates with Matthew Clemens on the J.C. Harrow serial killer novels.

His many comics credits include the syndicated strip "Dick Tracy"; his own "Ms. Tree"; "Batman"; and CSI: Crime Scene Investigation, based on the hit TV series for which he has also written video games, jigsaw puzzles, and ten novels that have sold millions of copies worldwide. His tie-in books have appeared on the USA TODAY bestseller list nine times and the New York Times list three times. His movie novels include Saving Private Ryan, Air Force One, and American Gangster, which won the Best Novel "Scribe" Award in 2008 from the International Association of Tie-in Writers.

He has written and directed five feature films and two documentaries, including the Lifetime movie "Mommy" (1996) and a 1997 sequel, "Mommy's Day." He wrote "The Expert," a 1995 HBO World Premiere, and "The Last Lullaby," starring Tom Sizemore, a feature film based on Collins’ acclaimed novel, The Last Quarry.

His coffee-table book The History of Mystery received nominations for every major mystery award and Men’s Adventure Magazines (with George Hagenauer) won the Anthony Award.

Max: I don't remember when I wasn't a writer. Initially, I thought I would be a cartoonist, and I was primarily known in grade school and even junior high as the kid who was a really good artist. I drew my own comic books and passed them around. In 7th grade I did my own mini-MAD comics and passed those around. But that was the year I really got into Spillane, Hammett, and Chandler, because of the private eye shows on TV. For a while the artwork would be on the covers of my short stories (which I passed around like my comics) and gradually the art slipped away and the writing took over. I started writing mystery novels in the 9th grade. Did them all through high school. Five or so, all rejected of course. But the one I wrote at community college eventually got published, as did everything I wrote at the University of Iowa Writers Workshop. That's typical of where my head was at -- I knew as a sophomore in high school that my goal was to go to the Workshop, this famous writing school where Vonnegut taught that was just thirty-some miles from my house. My mentor there, the great mainstream writer Richard Yates, landed me my first agent, Knox Burger. Burger said I was "a blacksmith in an automotive age," which remains the best description of me I can imagine. And I wound up a cartoonist without actually doing art, didn't I?

Max: I'm a storyteller. I work in whatever medium is available to me -- where the possibilities of getting stories told are. Where the money is.

Max: Everybody who knows my work at all knows the answer to that: Hammett, Chandler, Cain, Spillane. But also Jim Thompson, Horace McCoy, W.R. Burnett, Don Westlake/Richard Stark. And a few mainstream writers: William March, Calder Willingham, and Mark Harris. My historical approach comes from Dumas and Samuel Shellabarger.

Max: I have a beautiful wife. That seems to do the trick.

Max: My first published work was a piece about the day Kennedy was shot that I won $25 for in the Iowa Wesleyan College high school writing competition. My novel BAIT MONEY sold in December 1971. I was still at the Workshop in Iowa City. We paid cash for a new car with the advance, which I believe was $2000.

Max: I can't choose one. The biggies are getting word that my first novel had sold...on Christmas Eve. Being interviewed for the DICK TRACY job and realizing I had landed it. Meeting Mickey Spillane for the first time and really hitting it off with him. Being on the set of ROAD TO PERDITION and watching all those people bringing my work to life, including Tom Hanks and Paul Newman, while I sat next to Richard Zanuck. And seeing my name with Mickey Spillane's on the cover of a new Mike Hammer novel. That's the kind of dream that rarely comes true.
Posted by Dave Zeltserman at 7:36 AM