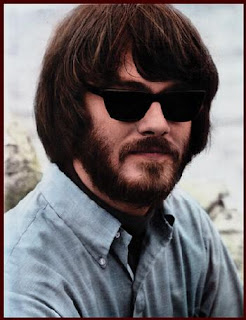 I've said many, many times before that Max Collins' Quarry books are among my all-time favorite hardboiled crime novels. For me there are two reasons for my enthusiasm-One, Max makes Quarry a real human being, something fictional hired killers almost never are; Two, the storytelling in these books is flawless. The pacing, the twists, the black comedy, the actually sexy sex and the always staggering payoffs. These are books that can be enjoyed again and again. I've probably read each of them at least five or six times. They get richer with age.

Now, thanks to Perfect Crime books, the Quarrys have the packaging they deserve. Terry Beatty, artist extraordinary, has designed the look and done the illustrations. Terry has won many awards for his work and has done everything from Batman to advertising.

The photo at the top was Max at the time he began writing the Quarrys. He explains this in his excellent afterwards found in each novel.

Holiday gifts? You bet. Anybody who appreciates superior storytelling, vivid characterization and plotting that just doesn't quit will be happy to get these books. I promise.
Posted by Lee Goldberg at 6:03 PM