A new look for Julius and Top Suspense takes 2 spots 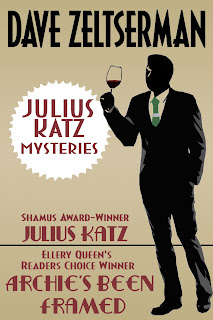 Also, the 2010 Ellery Queen's Reader Choice Awards have been announced, and it turns out Top Suspense authors took 2 of the top 4 spots, once again proving we really are top suspense!!