Lee Goldberg's Watch Me Die, one of the most acclaimed PI novels in years and a finalist for best novel by the Private Eye Writers of America, is now available as an ebook and in a new paperback edition.
"As dark and twisted as anything Hammett or Chandler ever dreamed up...." Kirkus, Starred Review


"Approaching the level of Lawrence Block is no mean feat, but Goldberg succeeds with this engaging PI novel." Publishers Weekly


Harvey Mapes is a 26-year-old security guard who spends his nights in a guard shack outside a gated community in Southern California, reading detective novels, watching reruns, and waiting for his life to finally start... which happens when Cyril Parkus, one of the wealthy residents, asks Harvey to follow his beautiful wife Lauren.
The lowly security guard jumps at the opportunity to fulfill his private eye fantasies and use everything he's learned from Spenser, Magnum, and Mannix. But things don't exactly go according to the books...or the reruns. As Harvey fumbles and stumbles through his first investigation, he discovers that the differences between fiction and reality can be deadly.


A SAMPLING OF THE ACCLAIM FOR "WATCH ME DIE"


"A wonderfully fresh voice in the mystery genre, Goldberg will delight fans of Janet Evanovich and Robert Crais," - Rick Riordan, author of "The Throne of Fire."

"Great concept and great execution...it's funny, thrilling, and quirky, with a completely satisfying ending you won't see coming. --Barry Eisler, New York Times bestselling author of "The Last Assassin"
"Lee Goldberg is known for his cleverness and sense of humor. He shows how a masterful plotter can take a character in a comic situation and lead him into unexpected danger in an eye-blink," --Thomas Perry, New York Times bestselling author of "The Informant." 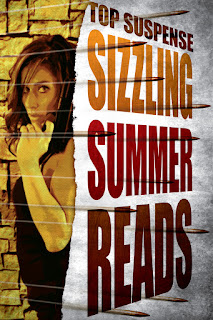 "Lee Goldberg bravely marches into territory already staked out by some fierce competition--Donald Westlake, Lawrence Block, the early Harlan Coben--and comes out virtually unscathed." The Chicago Tribune
"Goldberg has a knack for combining just the right amount of humor and realism with his obvious love for the PI genre and his own smart ass sensibilities. [...]A terrific read. Goldberg is the real deal and should be on everyone's must read list." Crimespree Magazine
"Likeable loser Harvey Mapes is my new favorite private eye," —Victor Gischler, Edgar-nominated author of "Gun Monkeys"
"More than any other element in the book, it's Harvey's voice you'll remember. There's a workaday universality to it that gives the novel its wit and insight and truth," Ed Gorman, founder of Mystery Scene Magazine and author of "Blood Money."
"A quick, fun read with a satisfying and unexpected ending. Harvey Mapes is a hero I hope we see in a sequel." -- Phillip Margolin, author of "Gone But Not Forgotten"
THE FIRST CHAPTER...


I don’t know if you’ve ever read John D. MacDonald’s Travis McGee books before. McGee is sort of a private eye who lives in Florida on a houseboat he won in a poker game. While solving mysteries, he helps a lot of ladies in distress. The way he helps them is by fucking their brains out and letting them cook his meals, do his laundry, and scrub the deck of his boat for a few weeks. These women, McGee calls them “wounded birds,” are always very grateful that he does this for them.
To me, that’s a perfect world.
I wanted his life.
This is the story of what I did to get it.
My name is Harvey Mapes. I’m twenty-nine years old, six feet tall, and I’m in fair shape. I suppose I’d be better-looking if I exercised and stopped eating fast-food three times a day, but I won’t, so I won’t.
I’m a security guard. My job is to sit in a little, Mediterranean-style stucco shack from midnight until eight a.m. six days a week, outside the fountains and gates of Bel Vista Estates, a private community of million-dollar-plus homes in the Spanish Hills area of Camarillo, California. 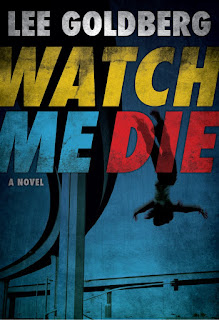